Many stories surround the history and production of different types of Alcoholic drinks. We have carried out some research and have created a brief summary for each. 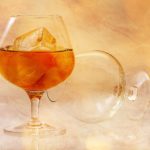 Predominantly enjoyed as a digestif due to its sweetness and high alcohol volume, the origin of brandy is one of the beverage industries happiest accidents.

Despite first gaining prominence as a distilled wine sold as a cure-all miracle medication in 14th Century France, brandy as we know it was born in the 16th Century. Dutch wine exporters were looking to pack more into their small cargo ships, and they took to distilling their produce in order to cram in a greater quantity. Upon arrival at their destinations, however, 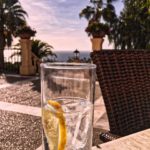 Gin is one of the most popular spirit drinks in the UK, with ‘gin and tonic’ one of the most refreshing beverages. Many people think that gin originated in England, but unfortunately, the English cannot lay claim to inventing this drink.

The English discovered gin during the times of the Thirty Years’ War, way back in the 17th Century in Holland. Dutch soldiers drank ‘Jenever’, the closest relation to gin many years ago. It was often consumed prior to going into conflict, hence the term ‘Dutch Courage’! However, gin did not commence manufacture in England until the 18th Century, 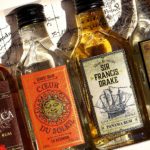 Long considered to be the spirit of choice for salty sea dogs, rum as we know it was discovered in Barbados back in the 17th Century. Slaves that were set to work on sugar plantations found that upon crushing sugar canes, they were left with molasses – a thick, treacle-like syrupy substance. Upon boiling this residue, they discovered that it created a very sweet alcoholic 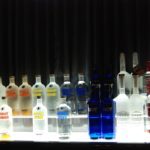 There is some argument as to where vodka originated – both Poland and Russia claim it as their own, but the majority of historical references are in favour of Russia and indeed, if the mention of vodka comes up in conversation, it is usually associated with the likes of Russian producers, such as the Smirnoff family.

Vodka is mentioned as a distilled spirit way back in the 4th century and mainly credited to eastern and northern Europe. It took many years 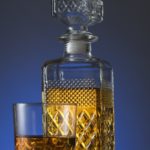 When you think of whisky, the chances are that your mind will wander to the rolling hills of the Scottish Highlands – but the history of this ancient beverage can be traced as far back as ancient Babylon. Medieval Arabia also saw consumption of the spirit, but it was upon its arrival in Scotland and Ireland in the 15th Century that it truly captured the imagination of the people.

Taking its name from the Gaelic-language word