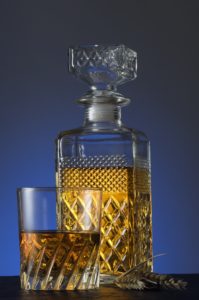 When you think of whisky, the chances are that your mind will wander to the rolling hills of the Scottish Highlands – but the history of this ancient beverage can be traced as far back as ancient Babylon. Medieval Arabia also saw consumption of the spirit, but it was upon its arrival in Scotland and Ireland in the 15th Century that it truly captured the imagination of the people.

Taking its name from the Gaelic-language word uisce (which translates directly as water, believe it or not – Latin cultures would describe distilled drinks as The Water of Life), whisky was Scotland and Ireland’s biggest export throughout the Late Middle Ages and the Early Renaissance, often distilled in monasteries.

A hike in taxes during the 18th Century drove much of the distillation of whisky underground as an illegal enterprise, giving birth to the term ‘moonshine’ to describe a home-distilled alcoholic drink. It was during this time that whisky also grew in popularity across the Atlantic, often used as currency during the American Revolution. By the 19th Century, distillation was legalised throughout the UK, and the production of whisky was no longer an illicit and underground activity – and it was even available by prescription during the USA’s prohibition era, making it the only alcohol available to American citizens between 1920 and 1933. 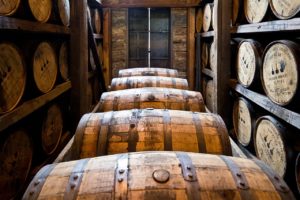 The process of manufacturing whisky has remained largely consistent throughout history. The drink begins life as a form of malt or grain, which is fed through a mill until mashed. The resulting mush is added to warm water – the purer and cleaner the better – then distilled (usually twice in Scotland and thrice in Ireland) and left to ferment in a cask or barrel.

The period of time spent aging in this barrel post-distillation is how the age of a whisky is established; much like wine, many enthusiasts consider an older whisky to be superior to the palate, and in Scotland no manufacturer is permitted to call their product whisky unless it has spent at least three years in a barrel. A typical whisky barrel will also allow some outside elements such as scent into the cask, which is why certain whiskys are identifiable by smell based on the location of their ‘birth’.

While Scotland and Ireland are the nations most often associated with whisky, the drink is phenomenally popular in India (although the manufacturing in this country is very different, resulting in a sweeter, less mature taste that is not recognised as whisky in Europe), which other territories such as Canada and Japan also enjoy thriving whisky industries today.